Over the last 50 years most least developed countries (LDCs) have struggled to overcome the development challenges that led to the establishment of the category in 1971. Even their strong economic growth since the mid-1990s has generally been insufficient to redress their long-term income divergence with the rest of the world. The COVID-19 crisis and the emerging two-speed global recovery threaten to reverse many hard-won development gains, which is further aggravated by the creeping adverse effects of climate change.‏

Mainstreaming productive capacities development in these countries is a necessary condition for boosting their capacity to respond to and recover from crises. While LDCs prioritize economic transformation and diversification in their policies, they have critically lacked the means necessary to progress towards the objectives of the 2030 Agenda for Sustainable Development. The average annual investment requirements to end extreme poverty (SDG 1.1) in LDCs is estimated at $485 billion, whereas doubling the share of manufacturing in GDP (SDG 9.2) is estimated at $1,051 billion. The latter amounts to more than triple the current investment by LDCs, and therefore vastly exceeds LDCs’ available resources.‏

The international community has therefore an essential role to play in supporting LDCs in their efforts to mobilize adequate resources for their sustainable development needs, including in financing and technology. A new generation of international support measures that are more closely aligned to the expressed needs of LDCs and 21st century realities will have to be rolled out to support their domestic efforts. Bolstering multilateralism and dealing decisively with external sources of instability affecting LDCs is necessary to create a conducive climate for the achievement of the next programme of action for the least developed countries for the decade 2022-2031.‏ 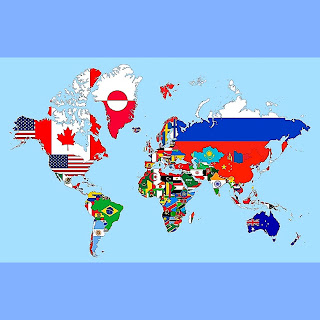 The reasons that lead to the backwardness of countries

Latin American Perspectives discusses and debates the political economies of capitalism, imperialism, and socialism in the Americas. Most issues of this stimulating journal focus on a single issue, nation, or region. Latin American Perspectives offers a vital multidisciplinary view of: Economics – the moral, political, and social desirability of economic policies Political Science – the patterns of social action that underlie the operation of nations, the competition for power, and the conduct and misconduct of governments International Relations – as they affect the nationalist movements and internal problems of Latin American countries Philosophy – as applied to the realities of developing nations History – inside views of history in the making Geography – the environmental condition, ecology, and exploitation of resources Sociology – organized groups, social institutions, and the new social movements, including feminism, ecology, and urban and rural labor Anthropology – the culture, ethnicity, and resistance of peoples of the region Literature – the personal poetic comments of activists and revolutionary scholars‏

Sara Miller McCune founded SAGE Publishing in 1965 to support the dissemination of usable knowledge and educate a global community. SAGE is a leading international provider of innovative, high-quality content publishing more than 900 journals and over 800 new books each year, spanning a wide range of subject areas. A growing selection of library products includes archives, data, case studies and video. SAGE remains majority owned by our founder and after her lifetime will become owned by a charitable trust that secures the company’s continued independence. Principal offices are located in Los Angeles, London, New Delhi, Singapore, Washington DC and Melbourne.