Dr. Silent is an Egyptian hacker and is considered one of the most powerful Egyptian hackers. He is a member of the Team Hacker Egypt group. He hacked dozens of sites specialized in buying and selling of the Israeli state, which led to the deterioration of the economic situation for a period of time, and he also made many attacks on Danish sites and also dropped dozens of The sites were in order to avenge the Messenger of God, may God bless him and grant him peace, when the film offensive to the Messenger was produced.

The Saudi hacker known by the fictitious name 0xOmar, whose identity has not yet been identified, has revealed the credit cards of more than a quarter of a million Israeli citizens, about (350,000). This led to this being considered a terrorist act by Deputy Foreign Minister Danny Ayalon, and they will respond to it as soon as possible, and he has not been identified.

Mohamed Atef, known as “Medo”, was a hater of the Zionist entity, and he conducted several campaigns on Israeli websites, and dozens of websites, banks and companies were trampled. 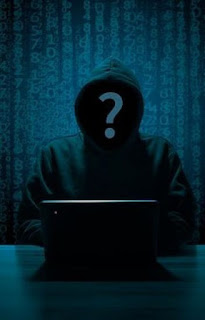 The distinguished and famous hacker, Kader 11000, hacked many sites in France – Israel – the United States of America, which made him on the wanted list in these countries. The Algerian state newspaper Al-Shorouk announced that more than 50 thousand sites were hacked, including the site of the painter “Marie Le Pen”. The leader of the right-wing anti-Islam, and one of the most pornographic sites was one of them, where he closed a large number of them, and said that he knew that the end of the hackers was death or imprisonment…

Red Virus is one of the specialists in hacking government websites and is considered one of the most distinguished hackers in this field.

The hacker MeSho was no different from the hacker Soly, the goal of the two was the same, and they were specialized in hacking security and government websites, but what distinguishes the MeSho hacker is that he leaked many important data of governments, including the Israeli, Italian and Danish ones.

The hacker Sniper Hex hacked many of the Israeli government websites, including an official website such as the Ministry of Education – the Ministry of Religious Affairs – and many other websites.

The hacker Mego was specialized in hacking anti-virus systems such as Antivirus and Avast, and he also hacked many and leaked data of Israeli parties.

Hamza bin Dallaj, or the famous smiley hacker. We cannot forget such a great hacker who was a nightmare for the Zionist entity. He hacked many Israeli banks and transferred huge funds to the Palestinian state.

Flagship Light: its features / What makes it the best choice for easier cooking and healthier food / Where to buy it at a good price!