In the Arabic world 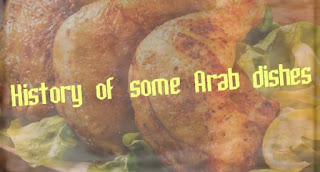 In the Arabic world, sharing a meal with others is a long-standing practise and a sign of hospitality.

In the Arab world, bread is highly valued. If anyone sees a sliver of bread on the sidewalk, they should pick it up and place it to the side so that no one steps on it by mistake.

In Arabic cuisine, bread is a must-have item on the table. It’s served on the side, in salads, and in some dishes like “fatteh.”

Yogurt made from the milk of sheep, cows, or goats is used in this recipe.

Hospitality and generosity are fundamental components of every Arab meal and in every Arab country (karam).

– If a guest is a long-time friend or a new acquaintance, whether invited or uninvited, hospitality is expected.

Morocco’s cuisine differs depending on where you go.

The cuisine is known for its sweets due to the abundance of sugar cane and dates.

Nuts and fruits such as strawberries, figs, lemons, apricots, and pomegranates abound in the mountains. As a result, preserved lemons are employed.

Yemen is a country with a varied geography.

“Hawajat,” a spice blend of turmeric, black pepper, cumin, coriander, and cardamom, is a common spice in Yemen. It can be used in nearly any dish. Yemeni food is fat-free.

Batata Yakhni is a traditional Yemeni dish that consists of rice, broiled chicken, and potatoes.

Melokhia (or Mulukhiyya) is a dish made of crushed Melokhia (Jew’s Mallow) beans, chicken broth, and crushed and fried coriander and garlic. Instead of chicken, Melokhia could be eaten with beef or rabbit.

Melokhia is a herb that belongs to the mint family (called from the corchorus plant). It’s a bitter herb that also acts as a perfect thickener.

Melokhia has been around for a long time.

qatayef, is only made during the Muslim holy month of Ramadan. Everywhere you go in Palestine, you’ll see stands set up with a hot plate on which they pour the batter and, in seconds, you’ll have round qatayef (pan-cakes) stacked on top of each other and measured according to how much you want to order. As soon as you get home, separate them and set them aside to chill.

Why do we have to eat more fruits and vegetables?