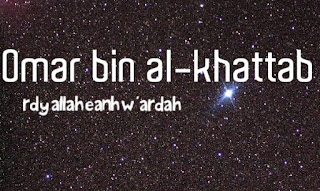 Umar IbnAl-Khattab was the Muslim Ummah’s second Caliph and the first to be dubbed  the Commander of the Faithful. After Prophet Muhammad’s (peace be upon him) death, his closest friend Abu Bakr succeeded him as leader of the Muslims for about two years. As Abu Bakr realised he was about to die, he gathered his closest friends and advisors around him and told them their loyalty to him was over. Abu Bakr wished that his replacement would be chosen from among these citizens. After much deliberation, Abu Bakr’s companions returned to him and asked him to make the decision for them because they had complete faith in his judgement. Umar was chosen by Abu Bakr.

“Oh people, understand that I have been assigned to rule your affairs, so accept that my roughness has been diminished, but I will continue to be rough and cruel on oppressors and transgressors, and I will dig their cheeks into the dirt,” he added. Know that I can protect the pious people with my own cheek in the dirt.”

Umar went on to tell the people that he would only take what God ordained from what their land created and from the spoils of war, and that he would only use the money in a manner that pleased God. Umar was well conscious of the value of financial fairness and the fact that he would be kept responsible for any penny and dirham that belonged to him.

Who is Omar ibn al-Khattab

Omar was born in Mecca to the Banu Adi clan, which was in charge of tribal arbitration.  Khattab ibn Nufayl was his father, and Hantama bint Hisham was his mother, both from the Banu Makhzum tribe. He used to look after his father’s camels in the plains around Mecca while he was younger. His merchant father was well-known in his tribe for his wit. According to Omar, “Al-Khattab, my dad, was a brutal man. He used to make me work hard; if I didn’t, he would beat me and work me until I was exhausted.”

In 616, one year after the Migration to Abyssinia, Omar converted to Islam. In Ibn Ishaq’s Srah, the tale is told. On his way to assassinate Muhammad, Omar ran into his best friend Nua’im bin Abdullah, who had recently converted to Islam and kept it a secret from Omar. “By God, you have misled yourself, O Omar!” Nua’im said when Omar told him he was about to kill Muhammad. Do you believe Banu Abd Manaf will let you live after you had killed their son Muhammad? Why don’t you go back to your home and straighten things out?” [No. 25]

Phrases and words about the mother❤❤

One thought on “Umar IbnAl-Khattab – siraj”