who is dr ahmed zewail 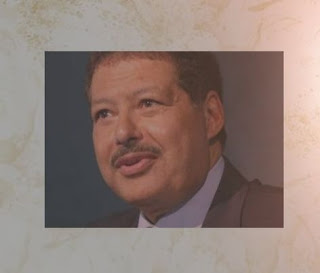 Ahmed Zewail was born in Egypt’s Damanhur and raised in Alexandria. Before becoming a government officer, his father worked as a bicycle and motorcycle fitter. Zewail came to the United States to pursue his PhD at the University of Pennsylvania in Philadelphia after studying at the university of Alexandria. After a few years at the University of California, Berkeley, Zewail moved to the California Institute of Technology in Pasadena in 1976, where he is still working. Ahmed Zewail is a father of four children who is married.

Chemical reactions, in which molecules held together by atoms meet and reorganise into new compounds, are one of nature’s most important processes. The transition from one constellation to the next happens quickly. The phenomenon is possible as the atoms inside a molecule vibrate. The time between these impulses is very short, varying between 10 and 100 femtoseconds. In the late 1980s, Ahmed Zewail developed methods for studying chemical reactions in great detail. Laser processing can be used to produce pulses of light that are just a few femtoseconds long, allowing reactions to be traced.

Ahmed Zewail’s major contribution to femtochemistry was as a researcher and expert in the field. Femtochemistry is a branch of physical chemistry that investigates chemical reactions that take place in fractions of a second. One femtosecond is a millionth of a billionth of a second, but the timescales are very short. He discovered that chemical reactions could be mapped in depth using ultrafast lasers (which consisted of ultrashort laser pulses) and that an analysis of bond breakup and forming at a fundamental level could then be made.

Zewail’s commitment to science contributed to his involvement in politics. He worked for the government, much like his dad. President Barack Obama launched a new network of Science Envoys during a speech at Cairo University on July 4, 2009, as part of a fresh start between Americans and Muslims around the world. Bruce Alberts, Elias Zerhouni, and Ahmed Zewail were the first ever science emissaries to Islam in January of the next year.

From 2009 to 2013, Zewail served on the American PCAST, or Presidential Council of Advisors of Science and Technology. This is an expert board comprising America’s most innovative and forward-thinking companies.

The Nobel Prize in Chemistry was awarded in 1999.

California Institute of Technology (Caltech), Pasadena, CA, USA, at the time of the award

“For his observations of the intermediate states of chemical reactions using femtosecond spectroscopy,” the prize incentive reads.