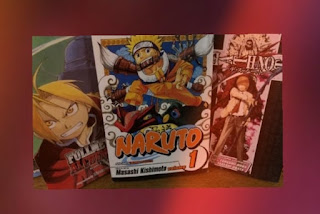 Both Japanese comics are referred to as manga. Anime can be thought of as the onscreen version of manga.

Romance, action fantasy, science fiction, comedy, and occasionally more risqué content for adults are among the themes in manga and anime.

AstroBoy, Doraemon, Dragon Ball, Pokmon, and Spirited Away are some of the most successful manga and anime series.

The Ghibli Museum and the Fujiko F. Fujiyo Museum in Tokyo, the Kyoto International Manga Museum in Kyoto, and the One Piece Tower (amusement park) in Tokyo are all notable manga and anime museums and theme parks.

What is the difference between manga and anime?

Modern manga is a type of Japanese comic book that first appeared in the mid-1900s. Manga is a Japanese term that roughly translates to “wonderful images.” In Japan, the term applies to all comics, while in the rest of the world, it only refers to Japanese-made comics.

Anime  is best represented as the onscreen equivalent to manga. If a manga series has established its reputation, it is often adapted into an anime, or Japanese-style animation.

Since their introduction in the mid-1900s, the success of both manga and anime has exploded. Today, manga has a sizable domestic market.

Manga books are mostly written in black and white, and they cover a wide range of topics for both sexes and all ages, not just for young people (to whom comics are generally marketed in the West).

If a manga series has proven its worth by success, an animated TV series is the inevitable next step. Manga is not, however, the sole source of inspiration for anime. Pokmon was originally a Nintendo computer game before being developed into a manga and anime series that became a worldwide hit.

One thought on “What are manga and anime”