Who are the otaku? 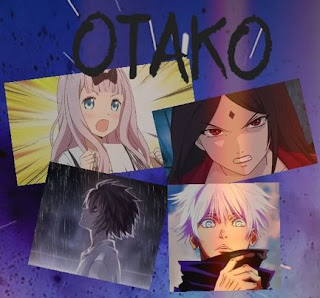 “An otaku (/) is a Japanese word for someone who is obsessed with something, particularly anime or manga” This, I think, is the most basic definition of the word that can be found online. The term “otaku” conceals a lot more than you might expect.

The literal sense, Japanese meaning, and meaning outside of Japan are all discussed in this essay.

“When you think about it, these people aren’t just manga fans, and they’re not a race that lives solely in Comic Market. Those creatures that queue outside the theatre the day before an anime film’s premiere? […] Or the people who line up early in the morning to get a spot at a teenybopper idol’s autograph signing? We have many labels for people like this – crazies, fanatics, introverts – but none of them ever captures their essence. We still don’t have an apt definition that encompasses all these specific differences and the overall phenomenon of this character form, in my view. So, for motives solely of my own devising, I’m going to call them otaku.” (1983) (Nakamori) (Nakamori) (Nakamori) (N

Manga and anime are perhaps the most well-known Japanese cultural exports, and otaku has become a worldwide sensation as a result of their globalisation. Globalization did not result in a uniform definition. On the opposite, there is a distinction between who is labelled as a “otaku” in Japan (and who identifies himself as such) and who is labelled as such outside of Japan.

Simply put, an otaku in Japan is a creepy person who does not have a social life. . The 1989 “Otaku Murderer” case gave rise to this negative connotation. People began to associate otaku with dangerous people after that. This gave the fandom a negative connotation from which it has yet to fully recover.

However, some studies show that otaku’s connotations have shifted over time, particularly among young people. According to a study published in Japan in 2013, the term has become less negative, and an increasing number of people, both in Japan and elsewhere, self-identify as otaku. In fact, 42.2 percent of the 137,734 people surveyed identified as otaku, with 62 percent of them being teenagers. There’s also a YouTube video interview from That Japanese Man Yuta (2013) that backs up the claim that a large number of Japanese teenagers identify as otaku.

What operating systems do hackers use!!