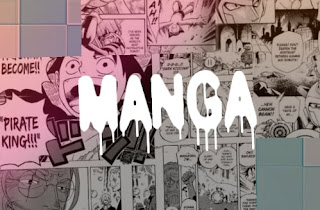 Manga are one of the most interesting trends in Japan and the world, with a long tradition firmly embedded in the rich Japanese art. These comics, which are part of the “otaku” (“nerd”) movement, have become a significant player in the country’s publishing sector, establishing a thriving market, reaching millions of fans of all ages, and inspiring a multitude of works of comic book art in other countries.

Manga became a significant, almost inextricable part of Japan’s identity, and they helped spread awareness and appreciation of it across the world, covering everything from history and teenage romance to dystopian science fiction and deep life themes.

They also transform into anime and even cosplay, staying constantly popular among their ever-growing audience and enthusiasts, focusing on developing a distinctive style and alluring narratives.

While modern manga arose from an explosion of creative innovation during the United States’ occupation of Japan from 1945 to 1952, its roots can be traced back centuries. Many consider Choju-giga (Scrolls of Frolicking Animals) to be the first manga in Japan, which originated in a series of illustrations featuring frogs and rabbits in the 12th and 13th centuries. In reality, many manga-ka (manga creators and comic book artists) still use their technique of drawing a character’s legs to simulate running[1]. Another book of illustrations, Toba Ehon, was published during the Edo Period (1603-1867), and it was in this book that the idea of manga was first introduced[2].

Since it is made up of two kanji – “man,” which means “whimsical or impromptu,” and “ga,” which means “pictures,” the word “manga” may refer to all types of cartooning, comics, and animation in Japanese. This is why, historically speaking, such early versions of the aesthetics and plots used in modern-day manga could exist. Outside of Japan, the term “manga” refers only to comic books, while “anime” refers to cartoons and animated comics of all sorts. Anime is commonly the anime variant of manga, although this is not always the case.

Following World War II, Japan was occupied by the United States. This was a pivotal moment in the evolution of manga. The Americans brought their own comics and cartoons to the world, such as Disney’s Mickey Mouse, Betty Boop, and Bambi, leaving a lasting impression on the aspiring mangaka. Following that, the Japanese artists developed their own style, mainly in newspapers and magazines that were looking for readers, and these eventually expanded into dedicated weekly and monthly comic magazines that bore a range of around 10 or 20 series instalments per edition. Osamu Tezuka[3], one of the first and most popular manga authors, was one of the first and most successful manga artists.

Manga, which can be found in comic books, weekly comics, or graphic novels, has plenty for all, as seen by the variety of genres. Every year, people of all ages spend billions of dollars on comic books in order to enjoy complicated stories with emotional depth. The multi-volume series, which can range from two to twenty books, are designed to hold readers’ interest and entice them to return for more, which they have done effectively for decades. The distinct look of manga, the blatant presentation of feelings that are always ridiculously exaggerated, the clean lines done in pen and ink, in Japan and many other nations, seems to mesmerise people.

Naruto is a Japanese manga series about Naruto Uzumaki, an adolescent ninja who dreams of being the Hokage, the ninja in his village who is recognised as the emperor and greatest of all. Masashi Kishimoto is the author and illustrator of the series. The first volume of Naruto manga was released in 1997, and the series has spawned a slew of video games.

Akira Toriyama created the Dragon Ball manga series, which he wrote and illustrated. Son Goku is the main character, who practises martial arts and travels the world in search of the seven Dragon Balls. Son Goku’s adventures are chronicled in manga from childhood to adulthood. The comic was distributed in 42 volumes between 1984 and 1995 and ran for 42 years.

Who are the otaku?