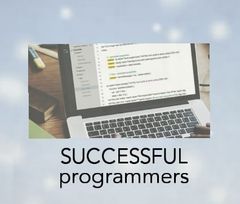 Facebook’s founder and CEO, Mark Zuckerberg
Mark Zuckerberg created Facebook in his Harvard dorm room in 2004 while he was still an undergraduate. He is also a well-known philanthropist and the fifth richest citizen on the planet, with a business that has over a quarter of the world’s population (1.8 billion) as monthly customers. He’s in his early thirties.
Mark began coding when he was in sixth grade, and it was obvious from the start that he was gifted. Mark’s father recruited David Newman, a software engineer, to mentor him personally. ‘It was difficult to keep ahead of him,’ Newman said, labelling Mark as a ‘prodigy.’
Mark also created a software programme named ‘ZuckNet,’ which required all of the computers in his house and his father’s dental office to interact with one another. It has been compared to an early iteration of AOL’s Instant Messenger, which was released the next year.
He took his talents to college and, according to legend, created the first version of Facebook in less than a week. After that, the rest is history.
‘Learning how to programme didn’t start off as a desire to study all about computer science or to master this discipline or something like that; it just started out as a desire to do this one basic thing – I wanted to make something interesting for myself and my sistren.’

Microsoft Co-Founder Bill Gates
There was a time before Mark that there was a man named Bill.
The similarities between the two are startling. Bill Gates has dropped out of Harvard, is regarded as a generous philanthropist, and was a brilliant programmer.
His school initially permitted him to skip math classes in order to work on his first app, a tic-tac-toe game that allowed users to play games against the machine. He was hooked, and he was eventually barred from using the school computer after he and four other students were found manipulating bugs in the operating system in order to gain free computer time. (This is how chutzpah is defined.) One of those four students, Paul Allen, will go on to find Microsoft with Bill Gates.

Allen was such an experienced programmer that it’s been said that he wrote the first Microsoft computer’s foundational piece of code while travelling to Albuquerque. It’s an incredible achievement that keeps getting stronger. Allen wrote the machine code on a sheet of paper with a pencil since there were no computers that could be taken on a plane in 1975.
‘There was just something neat about the computer,’ Bill says of his first software, published on a General Electric machine in 1968.

Founder and CEO of Twitter and Square, Jack Dorsey
Jack Dorsey used to fantasise about visiting New York while he was younger. His parents, on the other hand, will not allow it. As a result, he became fascinated with maps, according to the co-founder of Twitter and Square, a mobile payments firm. ‘What I liked about maps was that I could look at them and think, street by street or point by point, what was going on in this particular intersection,’ he told a Colombia University crowd. Where other kids hung posters of pop stars and sporting figures on their walls, Jack hung maps on his. He also acknowledged, somewhat embarrassingly, that they were his favourite books to read.
And, when he was eight years old, in 1984, he was involved in a car accident.